The larger of the two shops, which was closed Some of the bottles on the counter 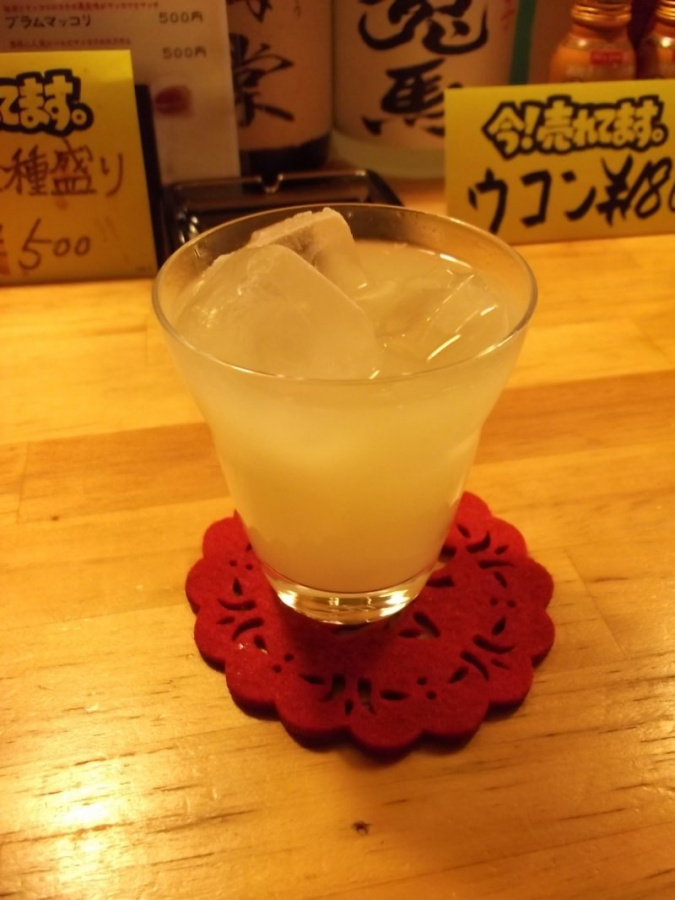 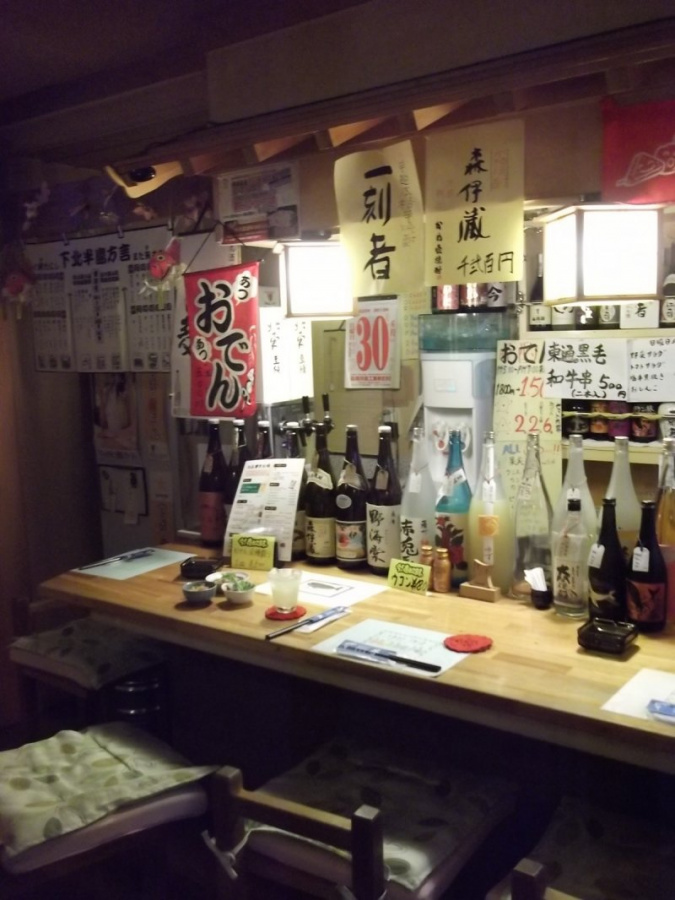 The counter with most of its bottles

Early starts and busy days make for hungry people. After crossing the Shimokita Hanto by bus then arriving in Mutsu at 7:30am, seeing the sacred mountain of Osore-zan, then shopping in the town, I was ready for a good dinner. The friendly owner of a local surf shop recommended an izakaya called Zen, and gave me a booklet with a map and some discount coupons; the recommendation was seconded by the staff at my hotel, so that's where I went, and I was glad I did.

The larger of Zen's two establishments was closed, so I took myself to the smaller one, on a dinky little covered arcade off a lively street in the town's compact nightlife district. When I say 'smaller', it really is small, with room for just five seats at the short counter, and a single table; but the atmosphere is cosy and fun, and the effect is that you have little choice but to mingle with the other customers, so I soon found myself chatting away with the friendly woman behind the counter and a couple of equally friendly locals.

The menu was handwritten in Japanese and pinned to the wall, with the heading 'Sunday's menu' suggesting that it isn't fixed, but changes depending on what they find at the markets each day. The main feature of the decor seems to be bottles of sake and shochu, lined up along the counter and the walls, as well as a jumble of other prints, posters and menus, a grumpy-looking mounted fish, and a karaoke machine over the end of the counter.

I decided to eat izakaya-style based on what I could understand of the menu with my limited Japanese reading, and had a succession of small dishes rather than one large one. I started with salmon sashimi, thick slices of luscious fish that just melted on my tongue, served on a wooden platter with refreshing ginger and zingy wasabi.

After that came chewy, tasty sticks of fried gobo (burdock root), and after that, fried balls of cheese, crunchy on the outside, creamy on the inside, and all of this I washed down with a couple of fruity cocktails. I was too busy eating and chatting to take notes of the prices, but I remember that it was cheap: I don't think I paid more than ¥2500 for everything.

So it's fun and friendly, with cheap, good food, an example of why asking the locals where they go is always a good idea.