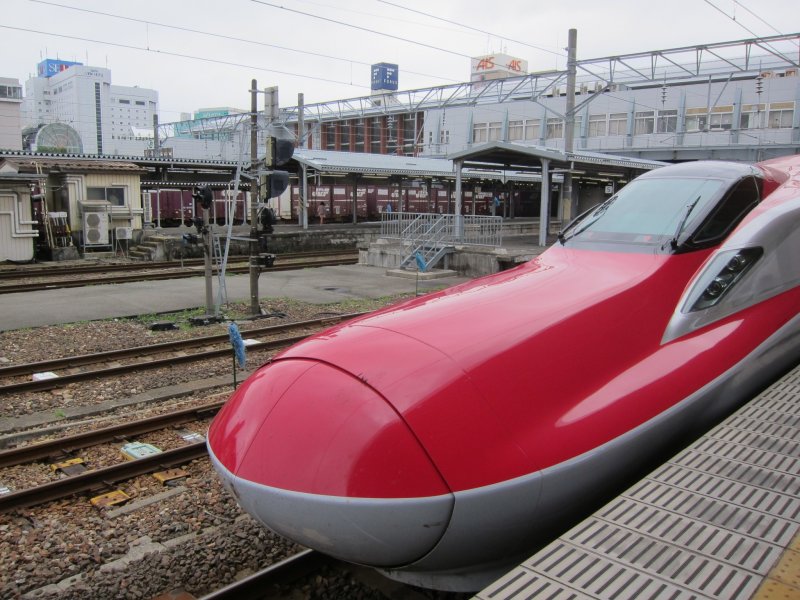 Super Komachi sitting and waiting to burst off 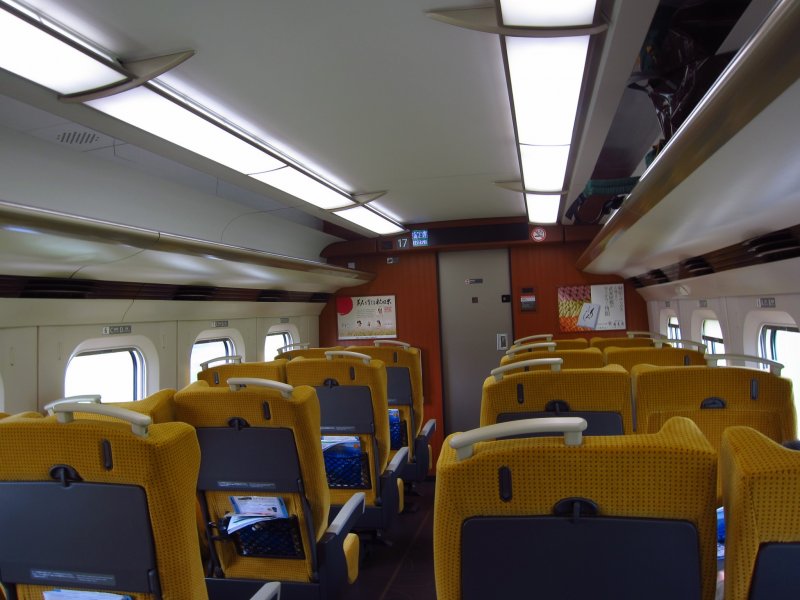 Swinging seats on the Super Komachi between Akita and Tokyo 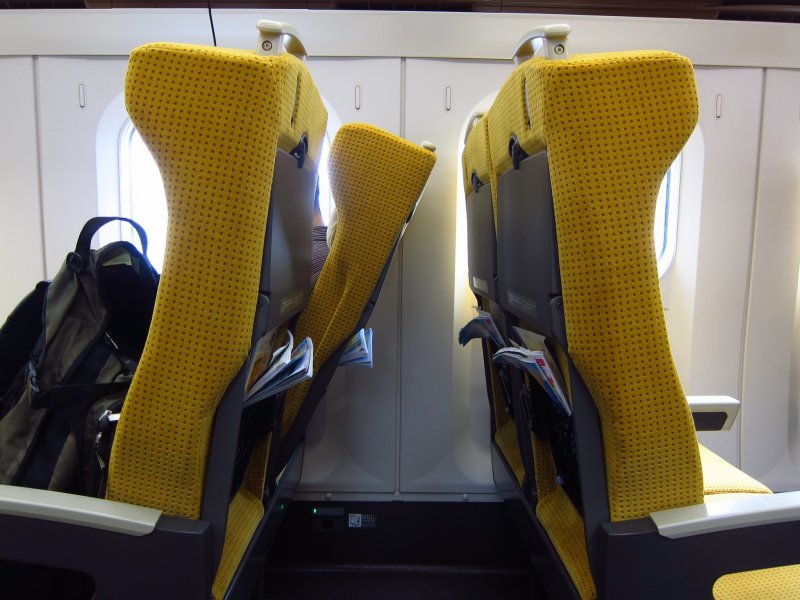 On opposing sides after the switch Cup holders for your drink?

The Super Komachi Shinkansen bullet train entered service in 2013. Sporting a bright red streak down its sleek exterior with dashes of white along its flank, you might mistake it for a Ferrari Formula One Racing Car or a train catered for the football teams of Manchester United, Arsenal or Liverpool or if you like, Iron Man.

Its a marked upgrade from its predecessor, the Komachi Shinkansen just from the looks itself. The Super Komachi is capable of running at a maximum speed of 300 Km/h and boy, I am not even sure if Iron Man will be able to match such speeds (but he did go to outer space in The Avengers Movie, thumbs up to that).

The first Super Komachi train departs Tokyo at 6:56, arriving at Akita 233 minutes later at 10:49. The normal fare, if you don't hold a train pass is 17,650 yen. Actually, the plane is faster, arriving there at 10 am at just under 203 minutes door to door, but with 4 changes to and from the airport, it is arguably more work than the train. It also costs around 28,000 yen, unless you have an Airpass, which takes it down to about 12,000 yen. The Komachi, on the other hand, takes nearly 4 hours to travel to Akita, but it leaves Tokyo every 30 minutes, departing at 28 and 58 minutes past the hour during the day outside peak hours.

I got to take the Super Komachi courtesy of the JR East Pass which I highly recommend readers to get. For 20,000 Yen, you get to ride anywhere in JR East network covering Kanto, Nagano and Tohoku for four days (you are free to choose for which days you would like to use) but please note that it is only valid for a month. There are other JR East Passes available as well but this was the one that suited my schedule the best.

The comfort levels in the Super Komachi is astonishing with thick electric yellow cushioned seats. The amazing thing about the Super Komachi is that unlike its father (Komachi), there are charging points which are essential in this age where mobile phones and laptops abound. Using your iPhone for three and a half hours will definitely deplete its battery tremendously, so with the charging points, you can click away without worrying about your battery life.

There are also various ´hidden´ hooks for you to hang your jackets, hats or umbrellas and boy do I love these hooks, as usually I never know where to place my jacket and most of the time, I have to stuff it into my bag to remove it later on departure.

Another interesting point that the Super Komachi learned from his dad Komachi was its 360 degrees seats. Hence, if you are traveling in a group, no longer do you have to look back from your seats to talk to your friends, as you can swing your seat around and talk to them face to face. All with the click of a lever at the bottom of the seat.

Thus with that, three cheers to JR East for doing a tremendous job in introducing this new state of the art technology into our lives and ushering in a new era of train travel. Now all they need to do is to provide free WiFi in these trains and they will be unstoppable. You hear that Tony Starks?

The Regional Cuisine of Kanto

A Day in Daikanyama

A Day in Marunouchi

A Day Tour of Yanesen in Tokyo

Sydney to Tokyo Haneda on Qantas

A Perfect Day in Shinjuku East

A Star Wars Christmas in Tokyo

A Stroll through Yanaka