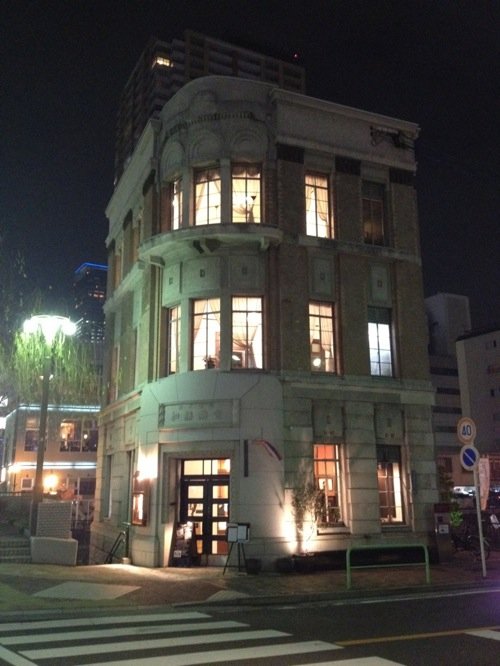 The Siam Garden, on the banks of the Horigawa Built in 1931, the old Kato Shokai offices housed the Consulate of Siam. The elegant interior of the Siam garden Restaurant 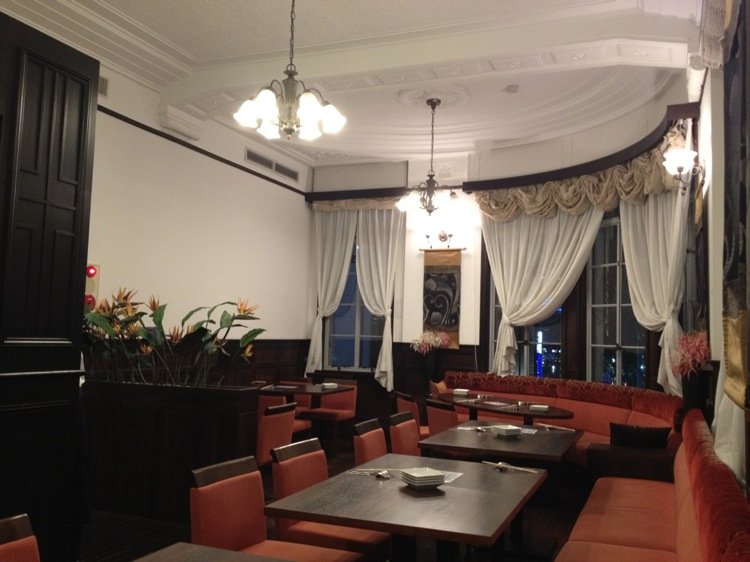 They say that the sign of a good restaurant is that “if the locals eat there, it must be alright!” On any given day, lunch time or dinnertime, you’re sure to meet a visiting Thai dignitary or business leader, or a staff member of one of the many Thai related businesses around the Tokai region at the Siam Garden Restaurant in Nagoya’s Fushimi district, not far from the Hilton Hotel.

The restaurant is housed in a quaint three storey building that has had ties to Thailand for over 70 years. Constructed, in 1931, along the banks of the Horigawa, the river that feeds the moat of Nagoya Castle, the interesting brick structure, a classical colonial style of building, was originally built as the offices for the Kato Shokai Company. From 1935 until the breakout of the World War Two, the building also housed the Consulate of Siam, modern day Thailand!

The building was one of the few to have escaped damage from the extensive bombing of Nagoya during the war, and to have survived the rapid rebuilding afterwards. The Kato Shokai Company continued to use the offices until December of 1967. Now designated as an important cultural heritage building, the structure was again transformed in 2005 becoming the Siam Garden Restaurant.

Inside, the large windows, high ceilings and tasteful décor sets the relaxed atmosphere, and serves only to enhance what is to come. Behind the scenes, Thai chefs prepare your meal. The menu is authentic and quite extensive too. Prices range from as little as 350 Yen for a serving of Thai sticky rice or jasmine rice, up to 3,200 Yen for the grilled beef with spicy tamarind sauce. The average dish is about the 1,400 Yen mark, a price appreciated all the more after enjoying the most satisfying service and food!

The meal I had with some friends recently featured some very healthy tasting Popia Yuan, or non-fried spring rolls with shrimp and Thai basil, To’odo Manpra, golden fried fish cakes seasoned with Thai herbs, a Siam Garden original grapefruits salad, and Gai Pat Met Mamuan Himapan, which is quite a mouthful, but boils down to being stir fried chicken and cashew nuts served in an interesting savory cracker like bowl. Delicious! We ordered Kao Pat, being a Thai style stir fry rice with crab meat and covered with a fried egg, and topped it all off with coconut ice cream and fresh mango with sticky rice and coconut milk. That was treat!

There were a few other dishes, that despite my best intentions, I couldn’t figure out quite what they were, and the staff’s explanation seemed to go over my head, but they were delicious all the same! Coming from someone who’s culinary skills rarely go beyond pouring milk on muesli and Vegemite toast, and with absolutely no interest in food at all (talk about a social leper!) that means a lot! In fact, according to Thai friends, the Siam Garden’s Tom Yang Goong, spicy shrimp soup and green chicken curry are the closest to real Thai food they’ve had in Japan!

Open for lunch 11:30am to 2:30pm, and dinner from 5:30 to 10:30pm daily, the Siam Garden is closed only on the first and third Sunday of every month. If a gourmet derelict like me enjoyed it, then you’ll LOVE it!