Evaluation of sakes by judges The judges cannot see the brands of sakes Many sorts of high-quality sakes 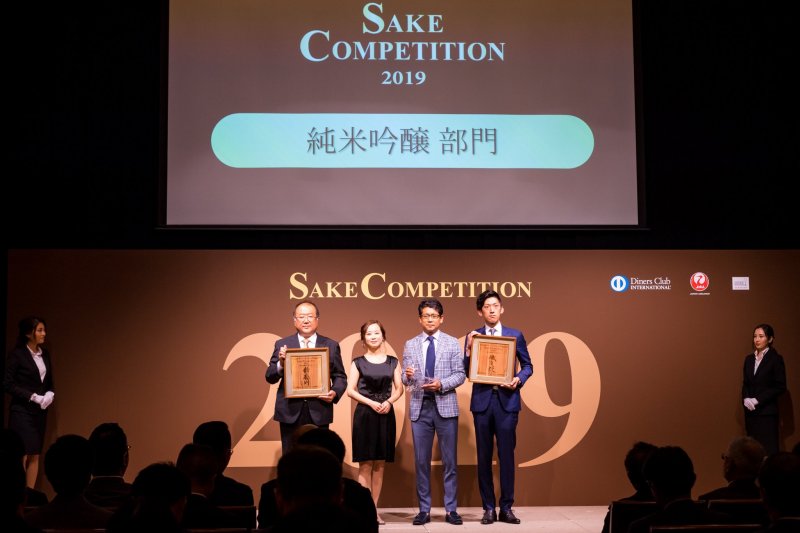 Evaluation of sakes by judges

Do you know the world’s most delicious Japanese Sake in the world? Lately Japanese sakes are becoming so popular among non-Japanese people that most of them even know the word “SAKE”. This time we at JapanTravel participated in the 8th award ceremony of the SAKE COMPETITION 2019 which had started since 2012, held on June 10 at The Peninsula Tokyo.

There were seven entering categories, such as Junmai (pure-rice sake), Junmai Ginjo, Junmai Daiginjo, Ginjo, Super Premium, Sparkling sakes, and Oversea brewed sake. This year, the number of entering storehouses was 426 with 1919 sorts of sakes, which surpassed last year. During the whole process of the SAKE COMPETITION, all sakes are judged equally with its quality since the judges don’t know brands of each sakes, therefore any brands have a chance to win the first prize.

Let us introduce sakes in each categories that won the first prize:

Also, they started the Otsumami (Appetizer) Competition from this year that choose the best appetizer that goes well with sakes. There were 84 entering Otsumamis, such as Kujūkuri-hama Hamaguri Saka Mushi (Sake-steamed clams) from Chiba Prefecture which won the first prize… since Kujūkuri-hama beach is famous for its big, tasty clams. Would you like to try the best Sake and Otsumami (Appetizer) at a time ? Find your favorite one!

Horaiken’s storefront on the 10th floor of the Matsuzakaya department store The lay-out of the tray is lovely~ How do you conquer this beast? There’s a helpful how-to guide! Step One: Eat one-fourth without adding any seasoning. Step Two: Eat the next fourth with some seasonings. Step Three: Eat the…