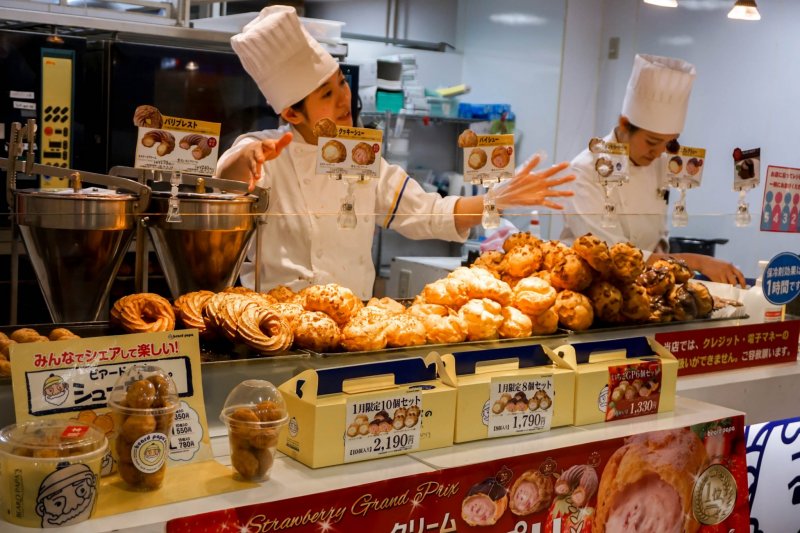 Do you have a craving for some cream puffs? Why not have a taste of Japan's best at Beard Papa's. Beard Papa's is an international chain of cream puff stores specializing in handmade choux dough and home to the world’s best cream puff.

The origins of Beard Papa's date back to 1999 when Mr. Yuji Hirota first opened his humble bakery business right in Osaka. What started as a household name in the area grew into a number of stores across Japan as more people were drawn to its success and flavors. This prompted Mr. Hirota to reflect on a single commodity that would embrace his ideals and aspirations and voila! Japan's best cream puff was born.

Indeed, compared to the typical ice cream, donut, or cupcake, cream puffs are a less well-known pastry in Japan. However, Mr. Hirota's cream puffs are unique, consisting of a double-layered puff–choux on the inside and pie crust on the outside. These are then filled with a generous mixture of whipped vanilla and custard cream. Not only that, Beard Papa's cream puffs are always served fresh so you can expect them to be crispy on the outside yet moist on the inside. But what makes its cream puffs a cut above the rest is the carefully selected ingredients used in making them; the flavor is a combination of domestic eggs and milk along with the finest vanilla beans all the way from Madagascar.

With more than 400 stores within Japan and abroad, the array of flavors and pastries offered by Beard Papa's has also grown through the years. With its commitment to perfecting the craft and serving only the best, Beard Papa's has definitely lived up to its name toward delivering uncompromised quality in every one of its doughy creations.

Fans of Beard Papa's can also look forward to seasonal flavors and limited-time products. In autumn, chestnut cream is a popular filling, while strawberry and peach are some of the seasonal favorites. When you do visit, be sure to locate a bearded man on a yellow signboard and try one of each!

Horaiken’s storefront on the 10th floor of the Matsuzakaya department store The lay-out of the tray is lovely~ How do you conquer this beast? There’s a helpful how-to guide! Step One: Eat one-fourth without adding any seasoning. Step Two: Eat the next fourth with some seasonings. Step Three: Eat the…